No, seriously… they just want to play with our toys so they can get a better idea how our guys function.  This is the most overt spying I’ve ever seen.
August 10, 2013 2:43 PM

Russian tanks move along Red Square during a Victory Day parade in May. This week, Russia invited the U.S. to participate in a tank biathlon.

Russia has invited the U.S. to participate in a tank biathlon so that both nations may learn to play nice — with heavy artillery.

The invitation was apparently extended while Secretary of State John Kerry and Defense Secretary Chuck Hagel Sergei Lavrov and Sergei Shoigu in Washington on Friday. The “two-on-two” talks were intended to relieve some of the tension between the two countries, so the suggestion of a little friendly competition — under fire — wasn’t out of place.

I’ll take this with a grain of salt for now until I can verify it myself.  I do know that alerts have been raised though in the last few hours.  Not sure why yet…

EDIT: Ok, the “Watchcon” system is at Level 2 right now.

South Korean and US force have heightened their alert status in the belief that North Korea intends to initiate a missile launch in the very near future. The US-South Korean Combined Forces Command (CFC) raised their Watch Condition, commonly known as “Watchcon,” from Level 3 to Level 2 indicating that a vital threat exists. The lowest alert status used by CFC is Watchcon 4 in effect in normal peacetime situations, Watchcon 3 is ordered when an important threat exists, and Watchcon 1 is reserved for wartime conditions. The Watchcon system deals only with surveillance preparedness and is separate from the Defense Condition (Defcon) alert system.

Latest intelligence indicates that the North Korean People’s Army (KPA) has completed preparations for multiple missile launches that might include short-range Scuds, medium-range Rodong-1s, and the new intermediate-range BM25 Musudan missiles. No evidence has been uncovered to indicate the Taepodong-2 intercontinental ballistic missiles (ICBM) have been readied for launching.

We are “not at war” but in a readiness state indicating that war is imminent.   And I also have this: http://www.sbs.com.au/news/article/1754700/N-Korea-crisis-could-be-uncontrollable-UN

South Korean and US forces have raised their alert status to “vital threat” ahead of an expected North Korean missile test.

The North last week told foreign diplomats in Pyongyang they had until April 10 to consider evacuation, fuelling speculation of a launch between Wednesday and April 15 birthday celebrations for late founder Kim Il-Sung.

It could also coincide with high-profile visits by US Secretary of State John Kerry and NATO chief Anders Fogh Rasmussen, who will both be in Seoul on Friday.

South Korean intelligence says the North has prepared two mid-range missiles for imminent launch from its east coast, despite warnings from ally China to avoid provocative moves at a time of soaring military tensions.

On Tuesday the North reiterated a warning that the peninsula was headed for “thermonuclear” war and advised foreigners to consider leaving South Korea.

Friday, April 12, the US raised its nuclear alert status to DEFCON 3, Condition Yellow (out of 5 levels), stating “There are currently no imminent nuclear threats against the United States at this time, however the situation is considered fluid and can change rapidly.” Many believe that North Korea will launch their test missile on or about April 15. Japan has instructed its armed forces to shoot down any North Korean missile that heads toward its territory.

The five DEFCONs, their exercise terms, and their general descriptions are shown below.[2][3][5]

Movies and popular culture often misuse the DEFCON system by “going to DEFCON 5” during a state of emergency.[6] In fact, DEFCON 5 is the lowest state of readiness. The highest state, DEFCON 1, has never been called for.

Apparently yesterday a “classified” document some how became “unclassified” and was released to the news.

The assessment’s existence was disclosed Thursday by Representative Doug Lamborn, Republican of Colorado, three hours into a budget hearing of the House Armed Services Committee with Defense Secretary Chuck Hagel and the chairman of the Joint Chiefs of Staff, Gen. Martin E. Dempsey. General Dempsey declined to comment on the assessment because of classification issues.

But late Thursday, the director of national intelligence, James R. Clapper Jr., released a statement saying that the assessment did not represent a consensus of the nation’s intelligence community and that “North Korea has not yet demonstrated the full range of capabilities necessary for a nuclear armed missile.”  (New York Slimes.. er, Times)

Now, given they have not “demonstrated the full range of capabilities” for a nuclear armed missile, one w0nders if perhaps these comments by Clapper aren’t perhaps also a “little under demonstration level”.  Clapper is one of those guys who seems to couch everything he says in ass kissing Obama, or making America seem weak.  I don’t get why we put people like this in places like, oh, I don’t know DIRECTOR of CIA.

The Defense Intelligence Agency has concluded with “moderate confidence” that North Korea might have a nuclear weapon that’s small enough to be placed on a ballistic missile. But the DIA also says that if that is the case, the reliability of the missile would be low.

The alarming assessment came as North Korea has been issuing threats that range from testing a new missile to nuclear war against the U.S. and South Korea.

It was made public near the end of a House Armed Services Committee in which Defense Secretary Chuck Hagel and Chairman of the Joint Chiefs of Staff Martin Dempsey were testifying about the proposed Pentagon budget.

Rep. Doug Lamborn, R-Colo., asked Dempsey if he agreed with a recent classified DIA report that contained an unclassified section that said, “DIA assesses with moderate confidence the North currently has nuclear weapons capable of delivery by ballistic missiles. However, the reliability will be low.” Dempsey eventually admitted he had not seen this report so he couldn’t answer the congressman’s question.

By the way, this unclassified-classified document is apparently still classified in its entirety….

Pentagon press secretary George Little said: ‘While I cannot speak to all the details of a report that is classified in its entirety, it would be inaccurate to suggest that the North Korean regime has fully tested, developed or demonstrated the kinds of nuclear capabilities referenced” in Mr Lamborn’s remarks.

Our intelligence collection resources, now limited since Bill Clinton, forces us to count on technological assets (satellites, Internet, spy planes – which we don’t even have any m0re) and since there is almost no HUMINT availability in many areas of the world we are having to count on what we can “see” through other means than eyeballs.

My personal opinion…. I don’t think our intelligence community KNOWS anything.  They are GUESSING. 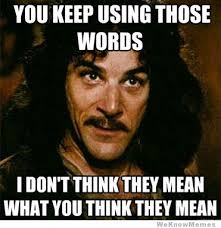