IF they get hold of him. 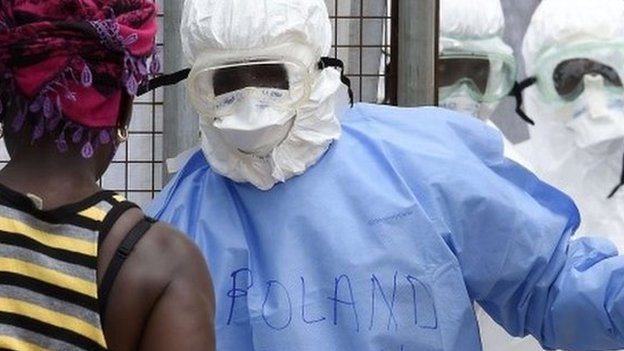 The Liberian authorities say they will prosecute the man diagnosed with Ebola in the US, accusing him of lying over his contact with an infected relative.

When he left the country last month, Liberian national Thomas Eric Duncan filled in a questionnaire saying that none of his relatives were sick. But Liberia’s assistant health minister said he had taken a sick relative to a clinic in a wheelbarrow.

Mr Duncan is in a serious condition in a Dallas hospital. His is the first case of Ebola to be diagnosed on US soil, where as many as 100 people are being checked for exposure to Ebola.

More than 3,330 people have died in the Ebola outbreak in four West African countries.